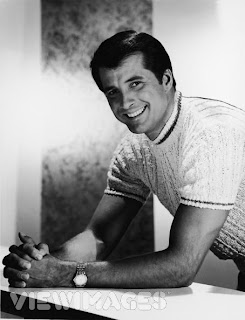 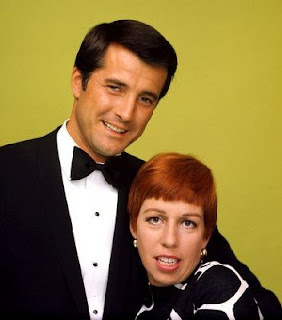 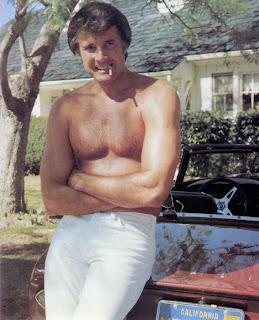 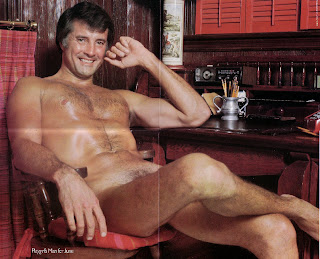 Harvey Korman's passing naturally revived fond memories of The Carol Burnett Show; and one of my guiltiest of pleasures is Lyle Waggoner. I guess, at heart, my taste in men is that of a midwestern housewife's.
Posted by TJB at 12:34 PM No comments: 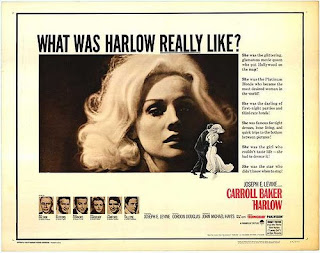 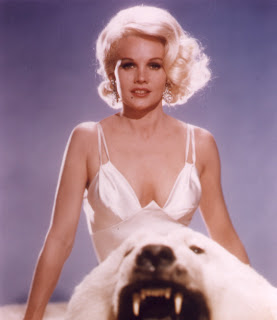 Bursting onto the scene in the controversial "Baby Doll," Carroll Baker seemed poised to be the "Method Monroe." Strangely, despite a string of increasingly less successful subsequent films, Baker got a second-act chance at superstardom, when producer Joseph Levine fashioned a series of huge, opulent, would-be blockbusters around her, nearly eight years following her sensational debut. The second time around didn't click, either, and from there it was into wacky, psychedlic-tinged Italo-horror flicks and melodramas--all of which I'd love to see! (With titles like "Orgasmo" and "Paranoia," who wouldn't?) 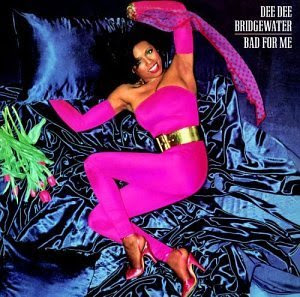 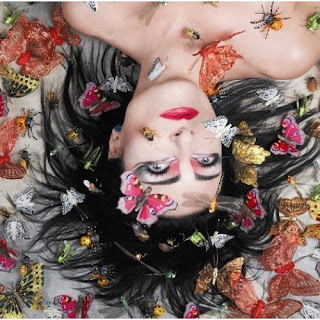 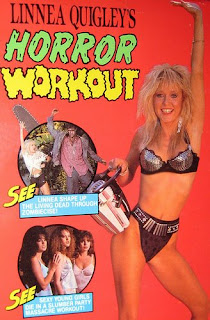 The legendary Hammer Horror star is 86 today. Of course, Lee is best known for his 1960's horror flicks, and maybe you were one of the handful of people who saw him in those little Lord of the Rings and Star Wars films. But we love him most of all for appearing in two of the sleaziest films of 1960: Beat Girl and Too Hot to Handle (aka Playgirl After Dark). 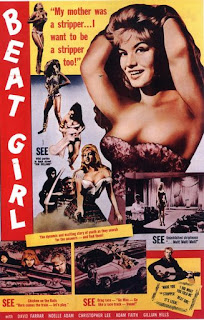 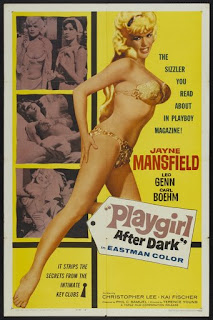 FROM THE FABULOUS COLLECTION AT http://picasaweb.google.com/weirdposters
Posted by TJB at 6:37 AM 2 comments: 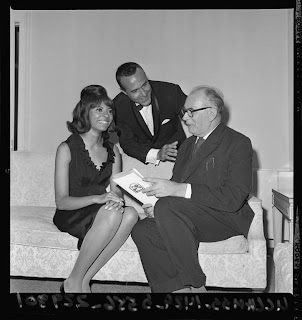 ORIGINAL CAPTION: "Stars and Adviser--Leslie Uggams and Ricardo Montalban, two of the stars of "The Singing Nun," with the Rev. Leo Lunders, who is adviser during filming."

Ricardo Montalban was just so darned handsome before he got marooned on Fantasy Island. And Leslie Uggams was, and is, just as cute as can be -- plus, dig that hair! Even the good Reverend seems impressed. Incidentally, despite his screen persona as the ultimate Latin lover, Ricardo Montalban is a devout Catholic, who was married to his wife Georgina from 1944 until her death in 2007.
Posted by TJB at 9:39 PM 2 comments:

A Date with Janie 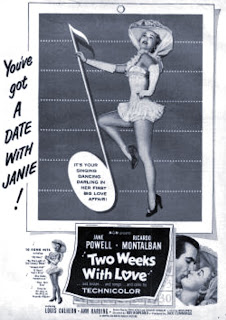 I spent a supremely entertaining afternoon watching Two Weeks with Love, a typically disarming piece of Metro family-friendly fluff starring the indefatigably perky Jane Powell. Fortunately, there's a completely off-the-wall performance by Debbie Reynolds as Janie's tough-talking younger sister to add some spice to the proceedings, as well as an impossibly handsome (and ripped) Ricardo Montalban as a Cuban dancing star for some eye candy. Another subversive Gay Agenda twist: the male comic lead is wonderful, gangly Carleton Carpenter (he and Deb do the famous "Aba-Daba Honeymoon" bit in this film), who was, and is, gayer than a picnic basket. 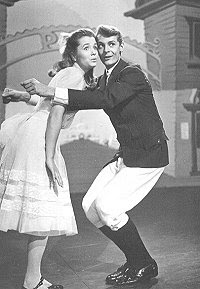 MOVIE POSTER FROM http://janepowell.blogspot.com/
Posted by TJB at 9:58 AM No comments: 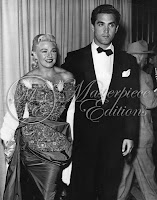 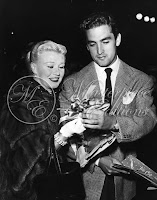 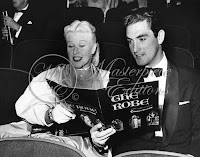 Jacques Bergerac is 81 today. In case you're thinking, Jacques who?, the photos provided should help you determine that A) he was a consort of Ginger Rogers', and B) one of the most beautiful men who ever walked the earth. He also apparently had a thing for blowsy, older blondes; after his 1954-1957 marriage to La Rogers ended, he promptly took up with Dorothy Malone, until their divorce in 1964. Bergerac was also an actor, appearing most prestigiously in MGM's Les Girls (1957) and Gigi (1958), but most famously in the cultish The Hypnotic Eye (1960). Retired from show business since the late Sixties, Bergerac eventually became head of Revlon's Paris office. (Imagine, if you dated him...all this, and free cosmetics, too!)
Posted by TJB at 9:05 AM 1 comment:

With all the hype surrounding the new Indiana Jones flick, my mind immediately went to the most obvious issue at hand: how Harrison Ford managed to age so quickly, and so badly. Most glaring example (besides the ridiculously younger, C-list "companion") -- acquiring a super-silly, mid-life crisis earring. 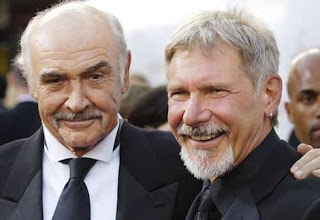 Examine this recent photo, showing Ford with Sir Sean Connery, who played Indy's dad back in '91. Sir Sean is 77, and I must say, still bursting with testosterone and charisma. Ford is 65, and looks the way your did might, if he wanted to embarass you by picking you up from school in his bright red Camaro, with someone named "Missy" seated on his lap.
Posted by TJB at 6:43 AM No comments:

Email ThisBlogThis!Share to TwitterShare to FacebookShare to Pinterest
Labels: celebrities 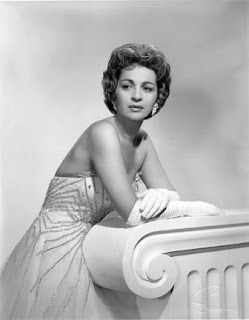 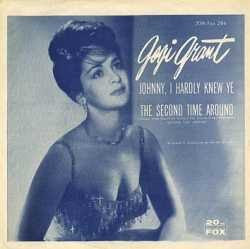 Don't you just love her name? Besides the mega-hit "The Wayward Wind," Gogi also supplied Ann Blyth's singing voice for The Helen Morgan Story film; Polly Bergen sang and acted as Morgan in a TV bio around the same time, but that's another story.

We love you, Gogi -- your very name is resplendent of another era; one infinitely more glamorous than our own.

Diana Ross is More Fabulous Than You'll Ever Be (and she knows it, too) 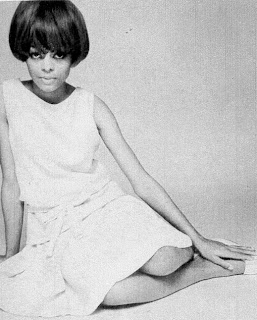 Sandy Duncan is a goddess! 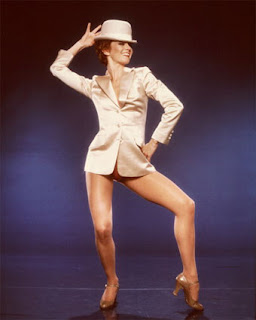 Never thought I'd hear myself say that. No disrespect to Ms. Duncan, of course; she just never really registered on my radar much, outside of her Wheat Thins commercials and replacing poor Valerie Harper on that dreadful sitcom that Jason Bateman's been living down ever since. Oh, and my favorite: her animated guest stint on The Scooby Doo Mystery Hour (you know, the one where Daphne is hired as Sandy's stunt double for a movie).

How wrong I was. Not only did she appear in Roots, of all things, but I had no idea that she was a talented musical performer, with three Tony nominations to her perky credit. I got a chance to see the sixty-something star in person a few nights ago in the Encores! production of that roaring 20's chestnut, No, No, Nanette!

Lemme tell ya, this gal's gams were just as luscious as they appear in the vintage glossy to the right, and Sandy was just as cute and glorious as could be. She looked and sounded just as I remembered her from Scooby Doo, and I became an immediate convert. Viva La Duncan!
Posted by TJB at 8:48 PM 2 comments: 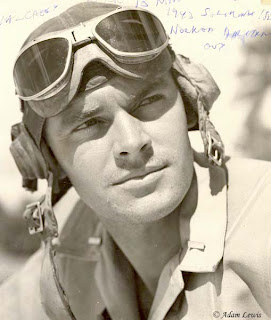 This is a found image from the 'net; I'm sorry to say that I can't remember the site, or else I would link it and give it due credit. I can't even remember how I found it; but I was immediately bowled over by this real-life, WW2 hero. Had Henry Wilson only gotten a hold of him, we probably would know him by a ridiculously phallic stage name. As it is, I shall continue to pretend that somewhere, in a parallel universe, this anonymous fly-boy is opening a lunch kit of Mor sandwich meat, tinned green beans and dehydrated orange juice, while wistfully re-reading the letter I had just sent him from home.

eBay: The "B" is for BOUFFANT! 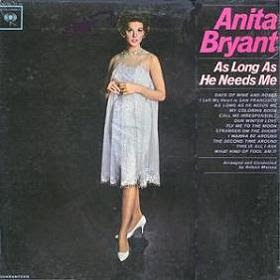 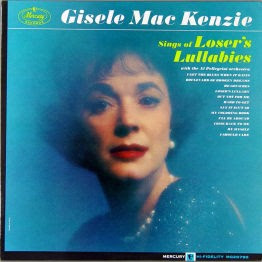 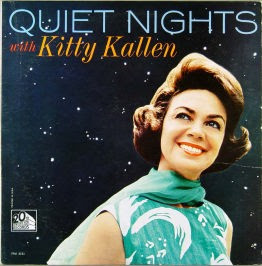 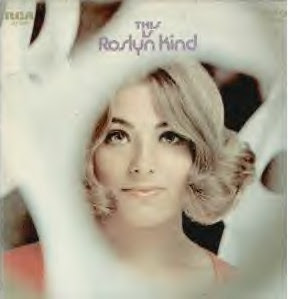 My most recent eBay purchases. My criteria for great music: a catchy hook, meaningful lyrics, and an artist with a ton of Aqua-Net and chiffon. Sound clips to follow.
Posted by TJB at 8:27 PM No comments: