It's Dior, it's de Havilland, it's DeLovely OLIVIA DE HAVILLAND in Christian Dior, 1955
Legendary screen star Olivia de Havilland began a wild love affair just as she was about to marry another man: she fell in love with the designs of Christian Dior and became a loyal client of his atelier as she prepared for her marriage to French magazine editor, Pierre Galante. 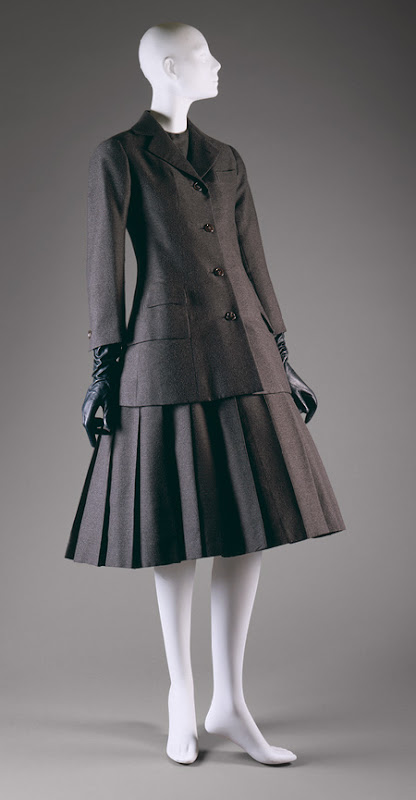 Suit from Dior's S/S 1955 collection, included in Olivia de Havilland's wedding trousseau.
Besides creating clothes for the star's personal wardrobe, Dior designed the costumes for de Havilland's film, The Ambassador's Daughter (1956), which was set in Paris; and after his death in 1957, Dior's successors, Yves Saint Laurent and Marc Bohan, designed for her pictures Libel (1959) and Light in the Piazza (1962), respectively. 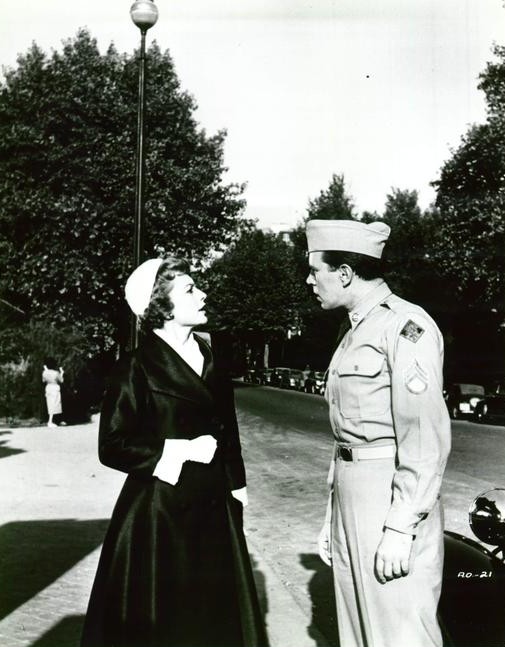 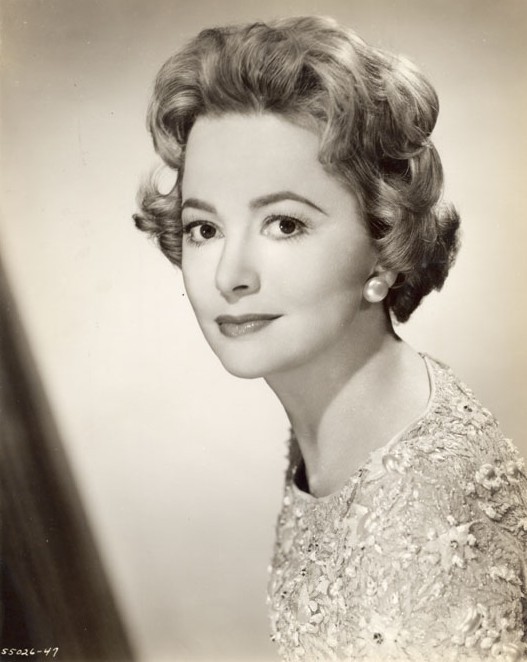 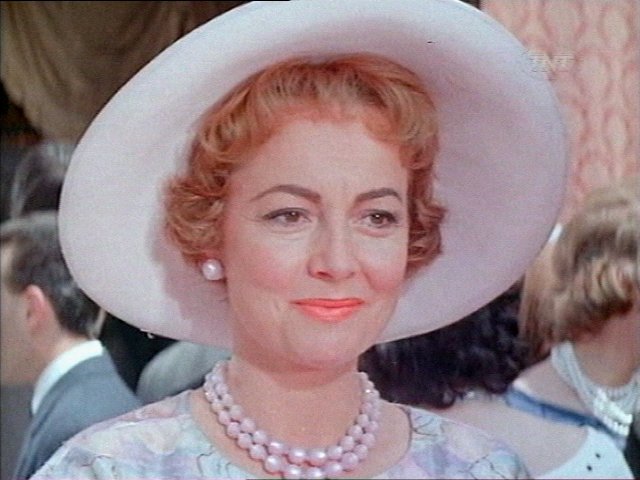 Miss de Havilland sold most of her personal wardrobe at auction 1993, generating nearly $50,000. Over 70 of the lots were couture creations from the House of Dior, spanning 1954-1974. Today, this 93 year old legend still resides in Paris, still charmingly holds court for enthralled journalists, and still looks positively regal in vintage Dior. 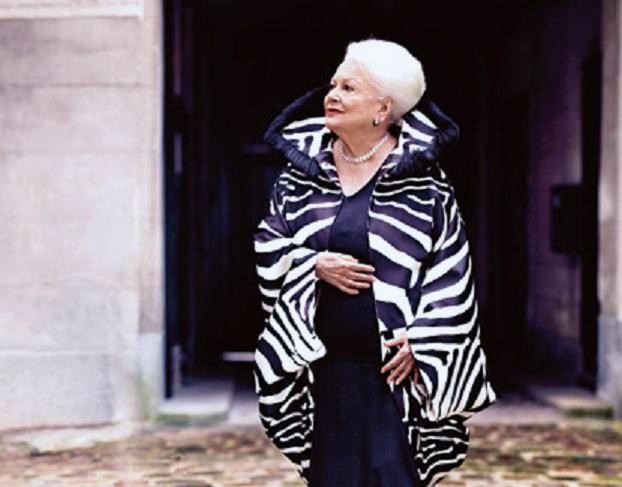