The Ballad of Alexis and Gladys 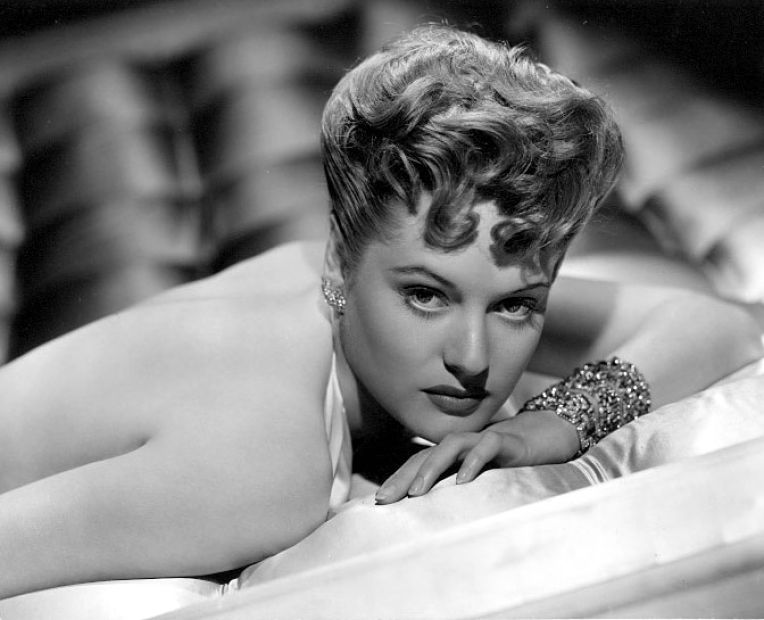 OK, we promised the Mystery Guest reveal today... but forgive us, darlings, because we're pushing it back again -- there's another birthday to celebrate! Today, we pay homage to the cool elegance of Miss Alexis Smith. 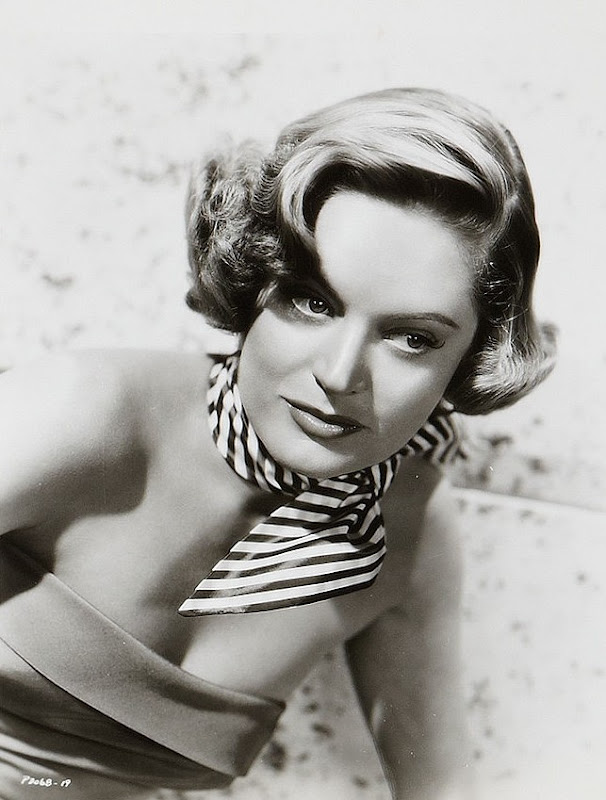 The statuesque, stylish, intelligent Smith was born in British Columbia with the decidedly less glamorous moniker of Gladys. By the time she made her first featured appearance in Dive Bomber (1941), opposite no less a superstar than Errol Flynn, she had thankfully been rechristened Alexis, after her father, Alexander. 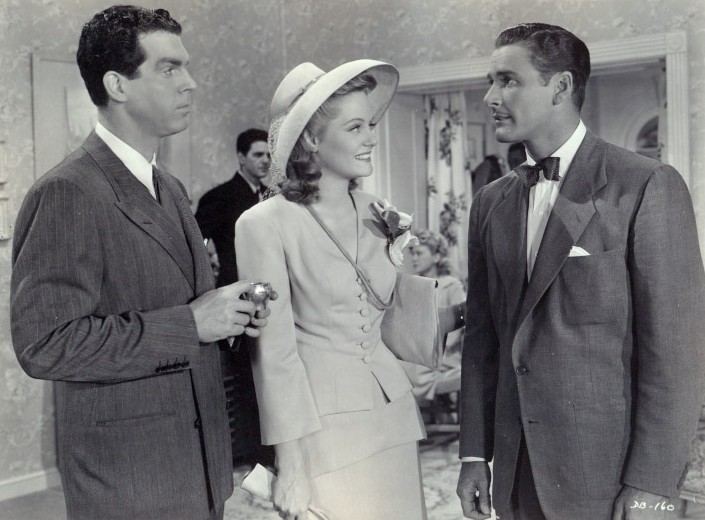 Fred MacMurray, Alexis Smith and Errol Flynn in Dive Bomber (1941, Warner Bros.)
Perhaps hoping to recreate the success of Flynn's earlier teaming with the genteel Olivia de Havilland, Warner Brothers capitalized on Smith's patrician beauty by casting her as Flynn's love interest a total of four times. Her subsequent outings with the dashing lothario were Gentleman Jim (1942), San Antonio (1945) and Montana (1950). Although these films didn't quite measure up to Flynn's previous successes with de Havilland such as Captain Blood (1935) and The Adventures of Robin Hood (1938), they were popular with audiences, and Smith's contributions grew more substantial as her own popularity grew. 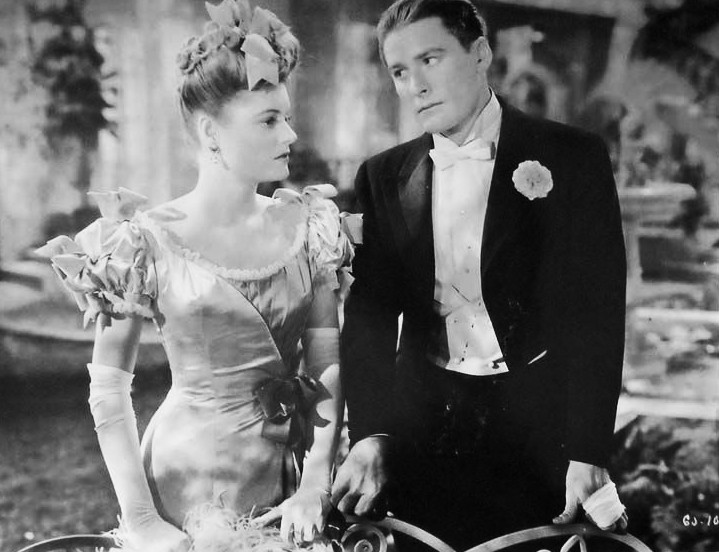 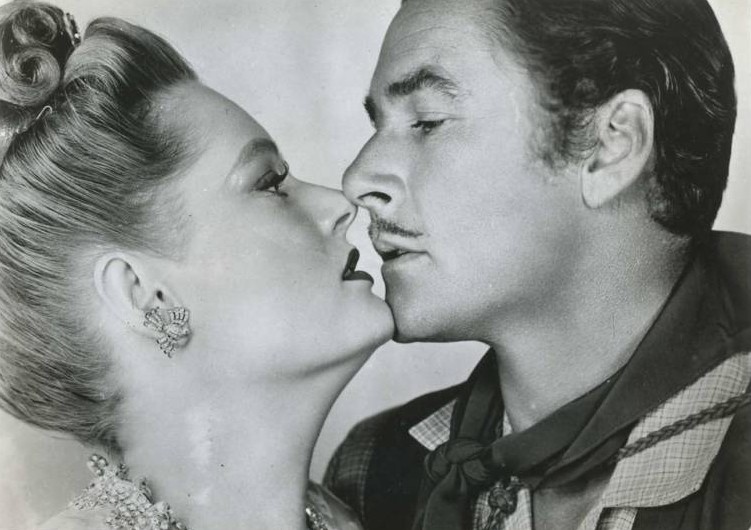 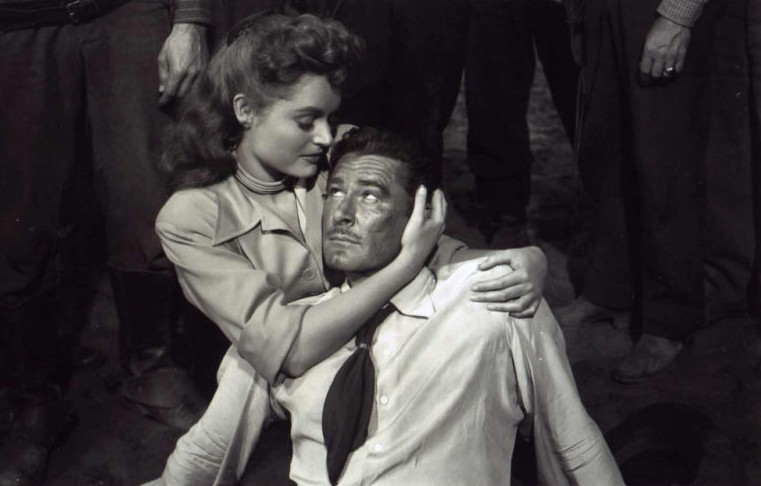 Montana (Warner Bros., 1950)
Unfortunately, Warners didn't seem to know exactly what to do with their new star; by 1945, the lot was crowded with formidable female talent, with Queen Bees Bette Davis and Joan Crawford leading the pack, followed closely by Ida Lupino, with the likes of contractees Ann Sheridan, Eleanor Parker and a dark horse, Jane Wyman, nipping at their heels. Smith seemed to get lost in the shuffle, often playing stylish second leads opposite bigger stars, as in The Constant Nymph (1943) with Charles Boyer and Joan Fontaine; One More Tomorrow (1946) with Dennis Morgan and Sheridan; Of Human Bondage (1946) with Paul Henreid and Parker; and The Two Mrs. Carrolls (1947) with Humphrey Bogart and Barbara Stanwyck. 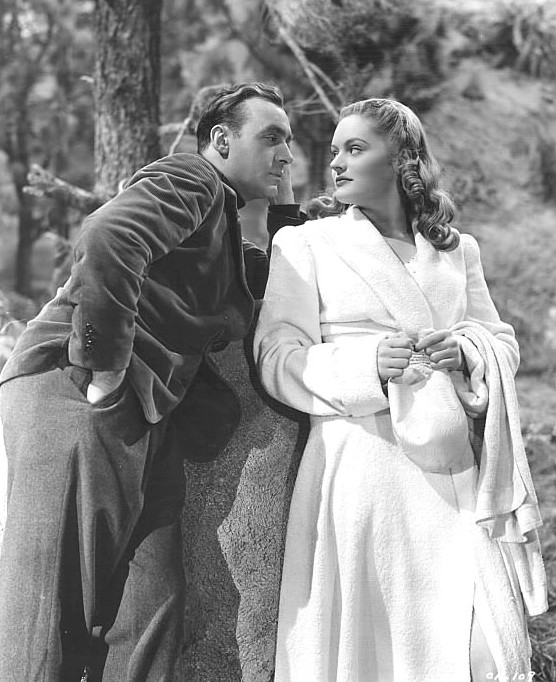 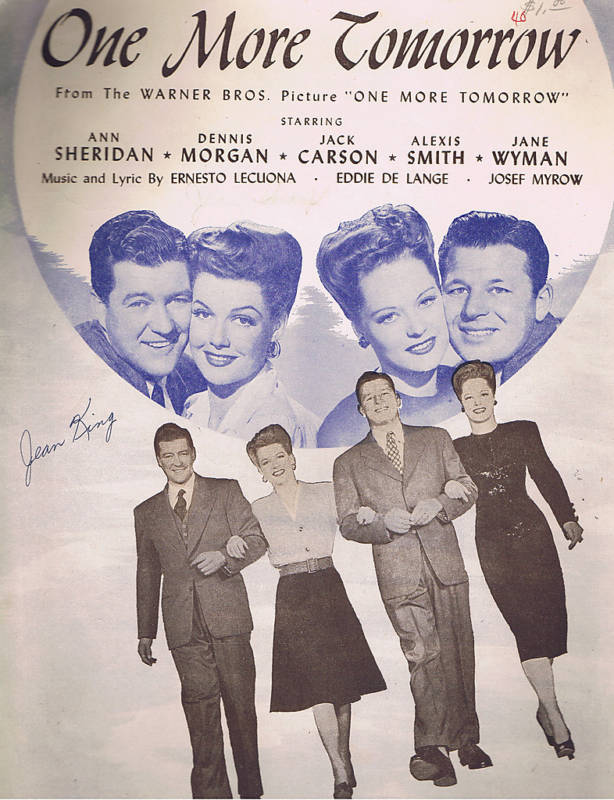 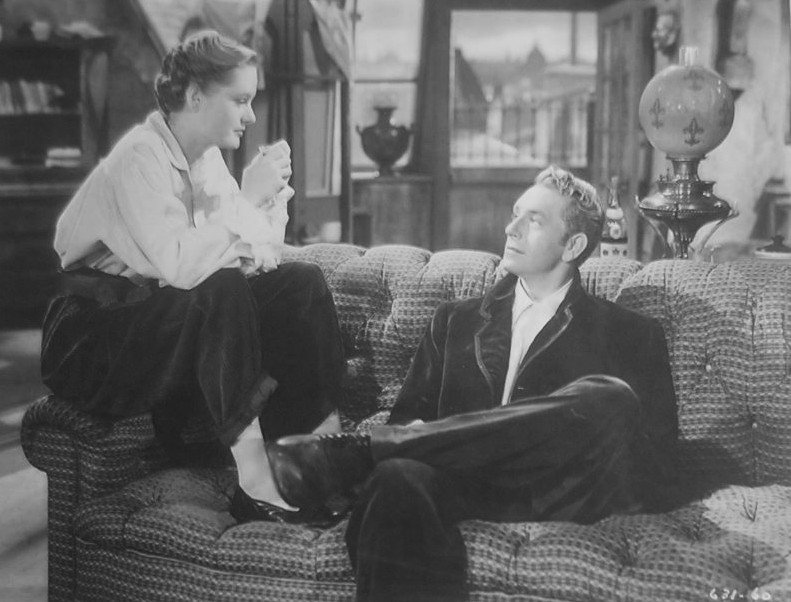 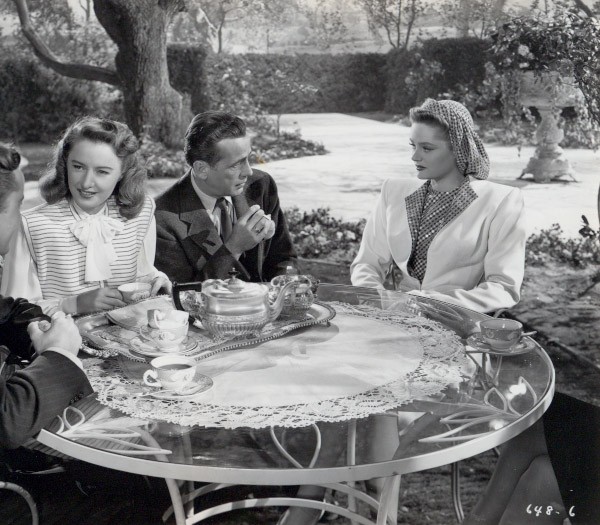 The Two Mrs. Carrolls (1947, Warner Bros.)
Given the chance to play the star, Smith proved an engaging presence, but she seemed to dwarf (at 5'9", sometimes literally) the second-string male leads she was given in smaller films like Stallion Road (1947) with Ronald Reagan and Whiplash (1948) with Zachary Scott and Dane Clark. And opposite such powerhouse talent as Cary Grant in the laughable-but-successful Cole Porter biopic, Night and Day (1946), or Clark Gable in Any Number Can Play (1949), Smith had little to do but look attractive. 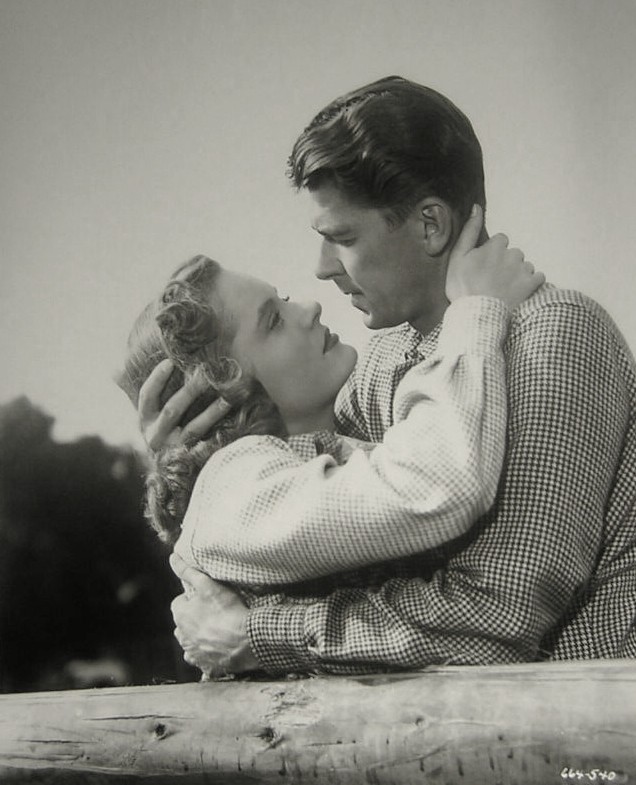 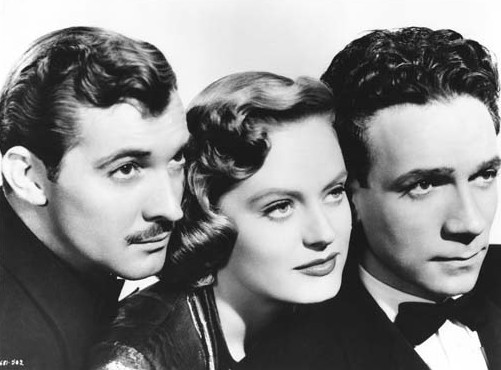 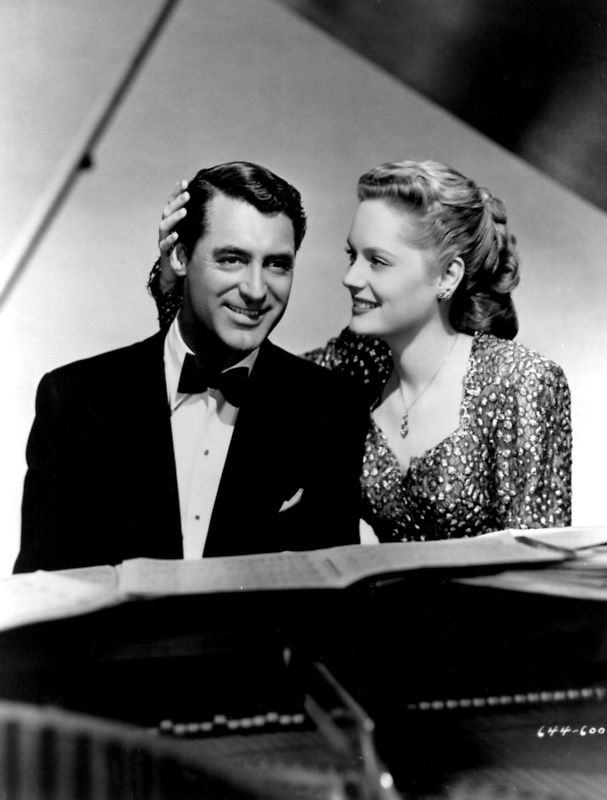 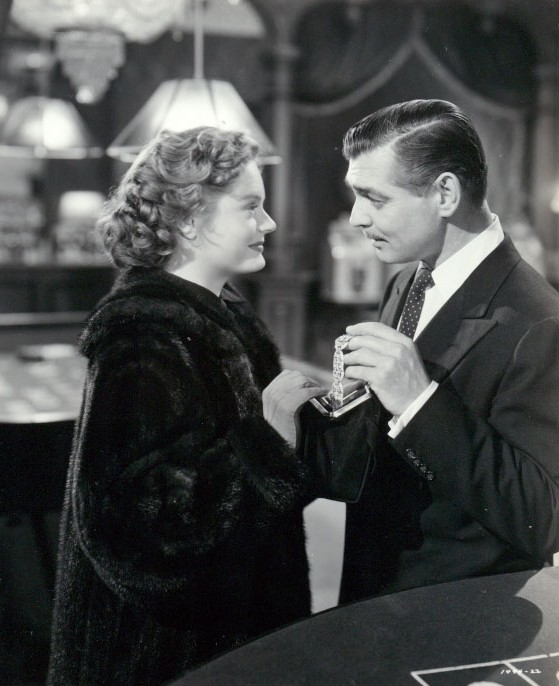 Any Number Can Play (1949, MGM)
As the 1940's closed, Smith left Warners when her contract expired. Her fortunes didn't immediately improve, as she quickly went into three Universal cheapies: Undercover Girl (1950), where she at least got to act tough and get top billing; and two Westerns, Wyoming Mail (1950) and Cave of Outlaws (1951), the latter being less notable for acting than for the asbestos britches Smith had to be outfitted for, as a scene called for co-star Macdonald Carey to administer a severe spanking! 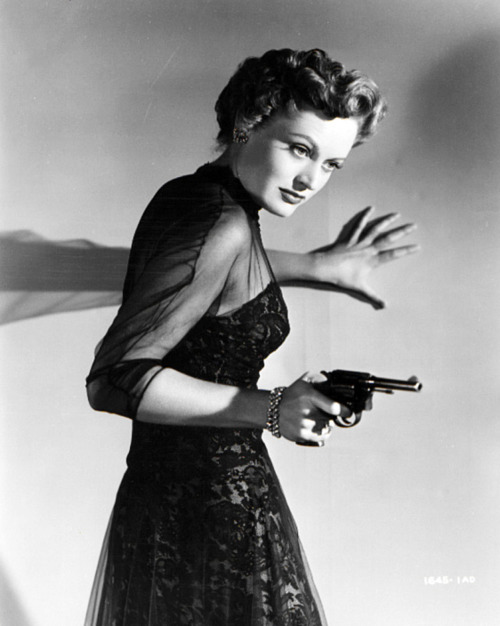 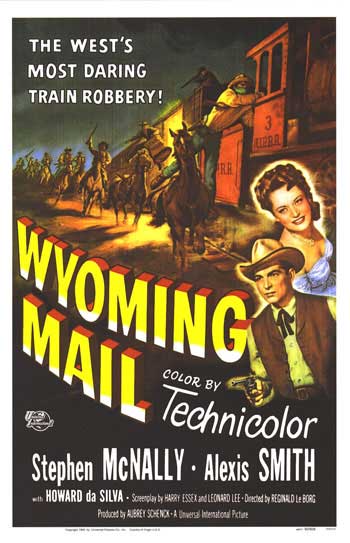 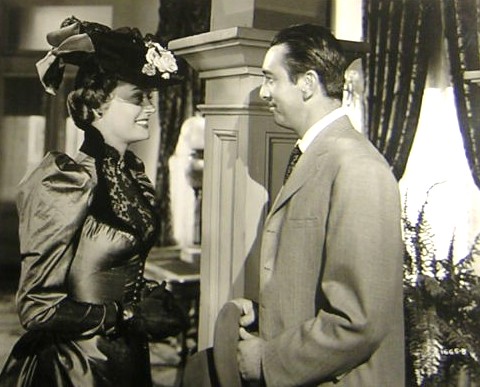 Cave of Outlaws (1951, Universal)
Things looked considerably brighter when Smith landed a showy supporting role in the markedly more lavish Paramount comedy, Here Comes the Groom (1951) with Bing Crosby; she was such a scene-stealer that Paramount gave her the lead opposite William Holden in The Turning Point (1952). Holden was fresh off of his success in Sunset Blvd. (1950), but this film was certainly no repeat of that classic, and once again, Smith found herself on the sidelines of the largely male-motivated action. 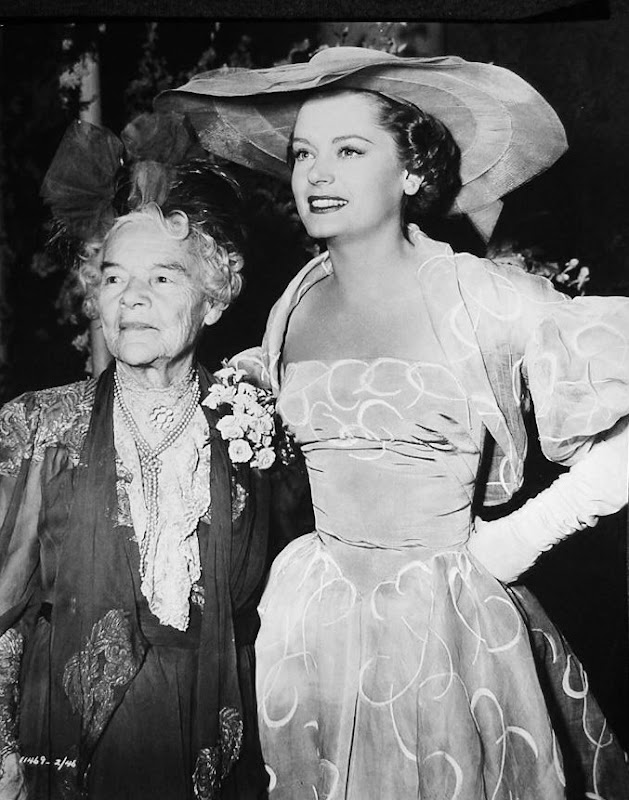 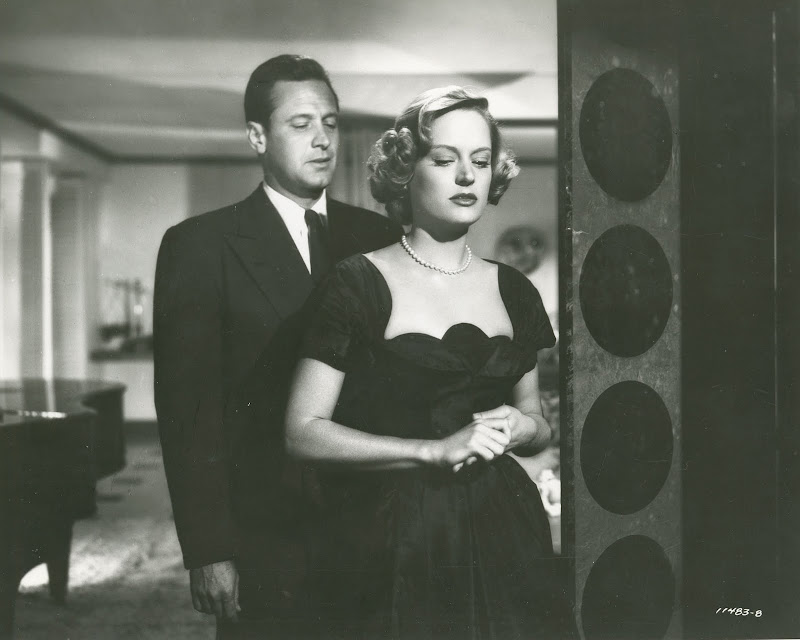 The Turning Point (1952, Paramount)
Smith concentrated her attention increasingly on the stage, touring successfuly in stock productions of Private Lives and Bell, Book and Candle, among others. She also freelanced in the occasional motion picture; Split Second (1953, with Stephen McNally), The Sleeping Tiger (1954, with Dirk Bogarde) and The Eternal Sea (1955, with Sterling Hayden) didn't exactly further her career, but they helped pay the bills. 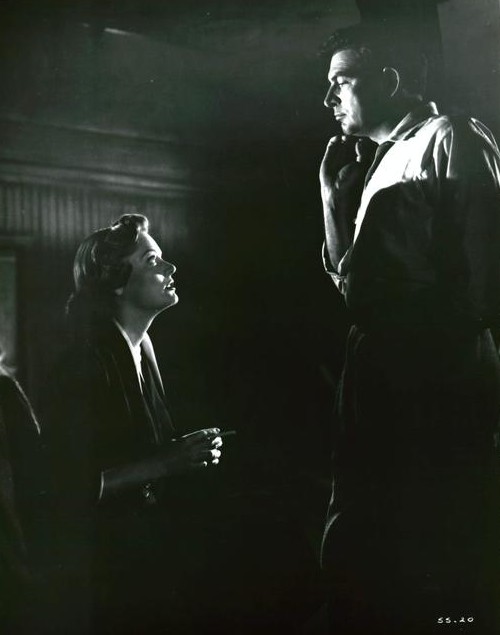 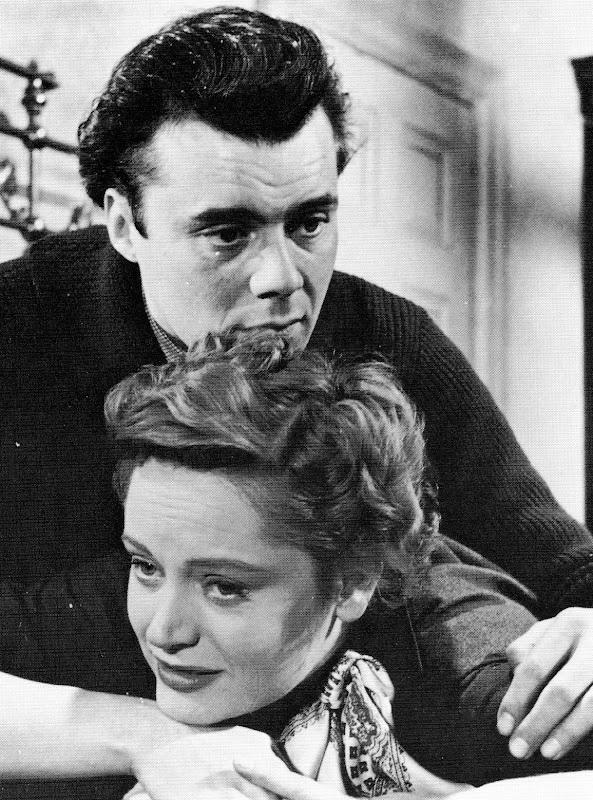 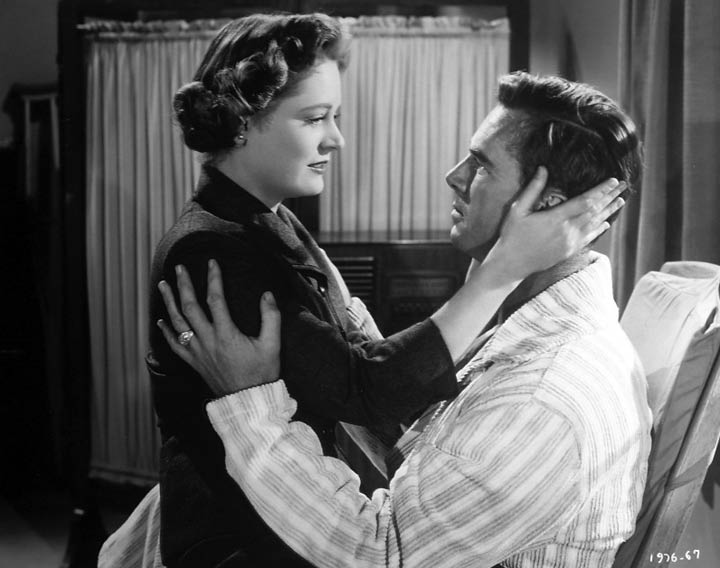 The Eternal Sea (1955, Republic)
By the end of the decade, Smith's stock had fallen to where she was given below-the-title billing in such witless fare as Bob Hope's Beau James (1957) and the Blake Edwards misfire, This Happy Feeling (1958). More satisfactory was her small but effective role as the boss' wife who seduces Paul Newman in The Young Philadelphians (1959) -- but that would prove to be Smith's final film role for over a decade. Ironically, it brought her back again to the Warners lot. 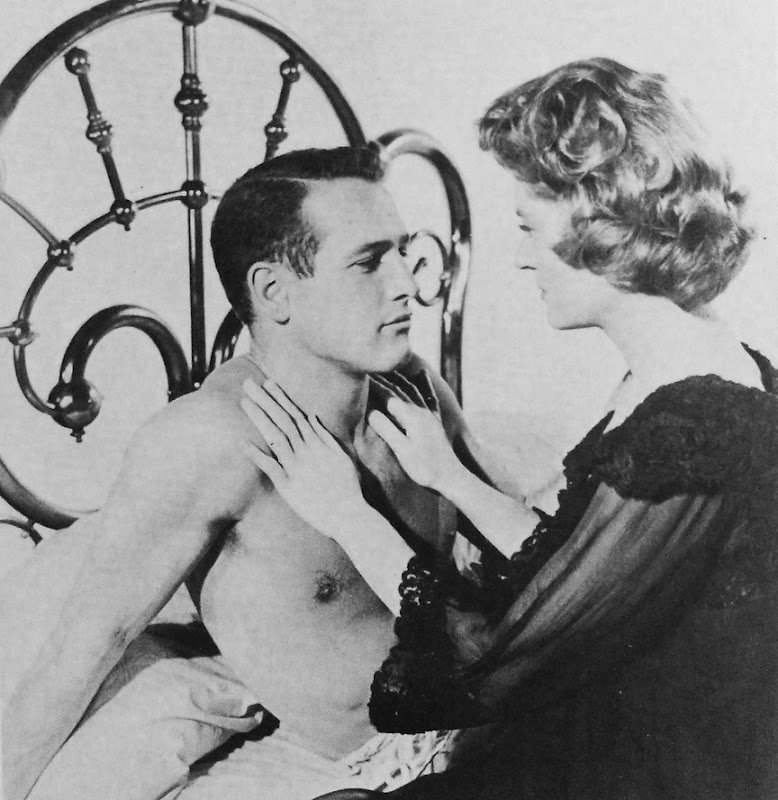 The Young Philadelphians (1959, Warner Bros.)
During the 1960's, Smith continued to keep busy with regional theater, sometimes appearing with her longtime husband, Craig Stevens, another former Warners contract player who had gained newfound fame as TV's Peter Gunn (1959-61). It seemed as if Smith would fade into obscurity, when she had one of the most unexpected third act revivals in show business history: landing the role of Phyllis in Stephen Sondheim's groundbreaking Broadway musical, Follies. Aside from warbling a few inconsequential numbers in her 1940's films, Smith had never sung or danced before, and certainly not on the scale that Sondheim's music and Michael Bennett's choreography demanded. But against the odds, she triumphed: finally, the stars aligned for Alexis Smith, and she won a Tony and landed the cover of Time magazine for her efforts. 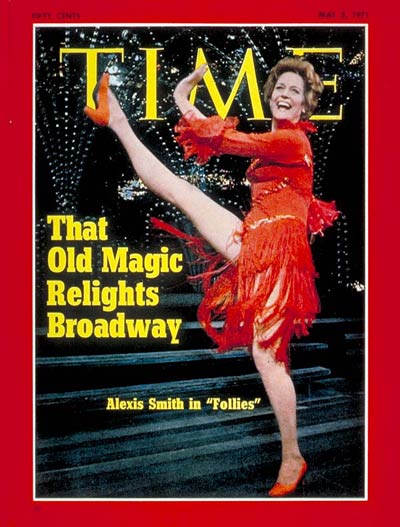 Such was Smith's success in the legendary show (which, incidentally, only ran for a little over a year), that on its reputation alone, she became a bona fide theater superstar. Curiously, Smith's character doesn't even have the score's most memorable solos -- as elegantly bitchy as she was performing "Could I Leave You?", the real showstoppers were Dorothy Collins' heartwrenching "Losing My Mind" and Yvonne de Carlo's trenchant "I'm Still Here." Yet, somehow, the aura of true stardom, which seemingly eluded the movie cameras all those years, carried across the footlights and resulted in total audience adulation. 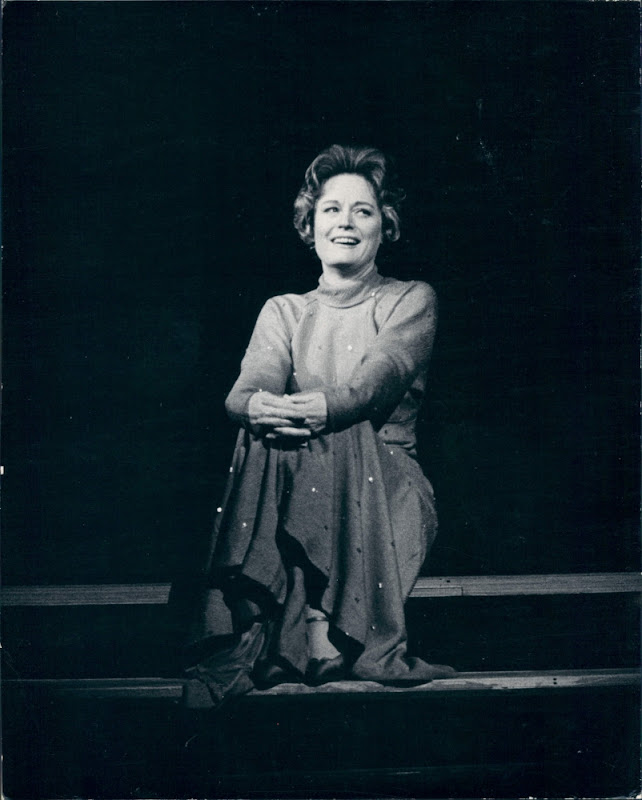 Alexis Smith in the original Broadway production of Follies (1971)
This remarkable renaissance resulted in Hollywood once again knocking on Smith's door; unfortunately, the results were somewhat less than stellar. Playing "the fifth wealthiest woman in the world" in the atrocious film adaptation of Once is Not Enough (1975), Jacqueline Susann's final (and worst) novel, Smith's lesbian love scenes with Melina Mercouri (as a Garbo-esque film star) were embarrassing to behold. More interesting -- if lower rent -- was the atmospheric thriller The Little Girl Who Lives Down the Lane (1977), in which Smith meets her end at the hands of an adolescent Jodie Foster. 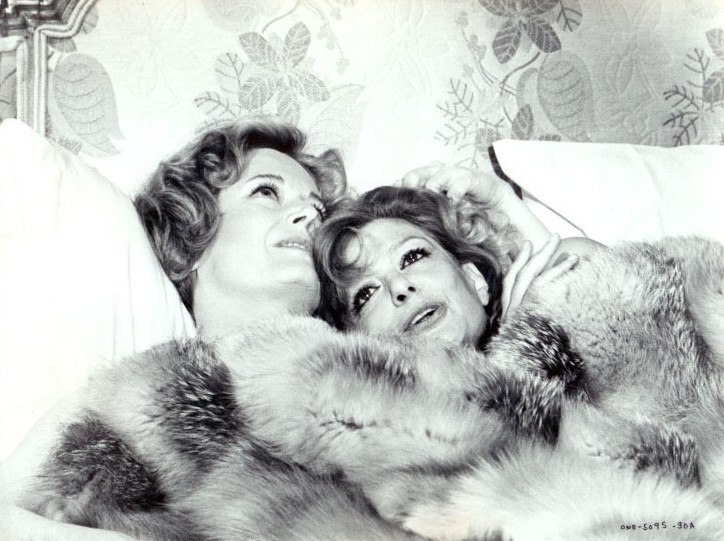 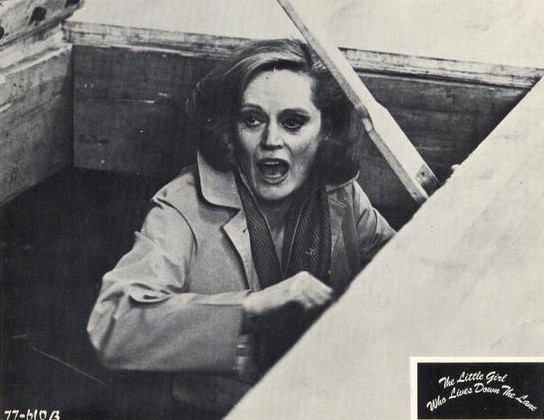 The Little Girl Who Lives Down the Lane (1977, AIP)
In 1977, following brief runs in a revival of The Women (1973) and a short-lived reinterpretation of William Inge's Picnic called Summer Brave (1975), Smith planned a further Broadway triumph with a star vehicle tailored specially for her talents: Sunset, later retitled Platinum. It seemed perfect both for Smith and the times; her character, Lila Halliday, is a faded 1940's movie queen now touring in stock productions of Hello, Dolly and Mame. She falls in love with a much younger rock star, who immerses her in the rock and disco scene, and she attempts a comeback with the "now" sound. 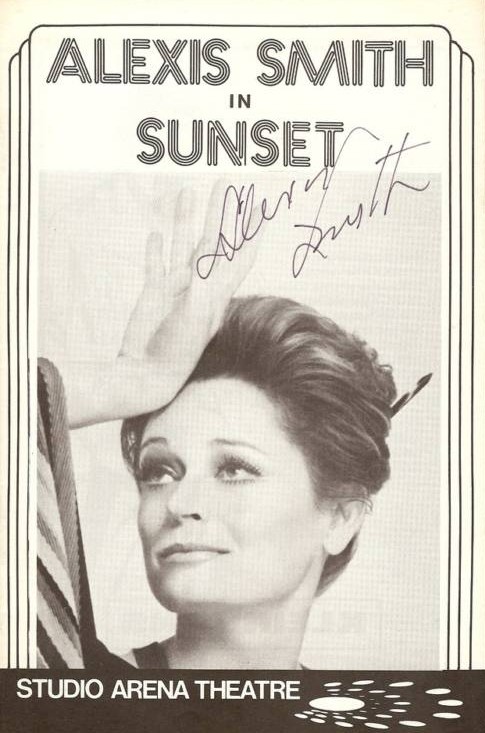 Program for the pre-Broadway tryouts of Sunset (1977)
Besides the star power of Smith, Platinum boasted direction and choreography by Joe Layton. Layton's big directorial success had been nearly fifteen years earlier, with No Strings (1962), but more recently, he had proven remarkably successful in directing and choreographing splashy one-woman shows for Bette Midler and Diana Ross, so Platinum's contemporary score and setting seemed a good fit. Bob Mackie designed the glittering costumes, and all seemed set for THE musical event of 1978... except that the book was a mess and the songs were horrendous. The show closed after only 33 performances, although Smith emerged relatively unscathed: her personal reviews were largely positive, and she was nominated for another Tony. However, she never again graced the Broadway boards. 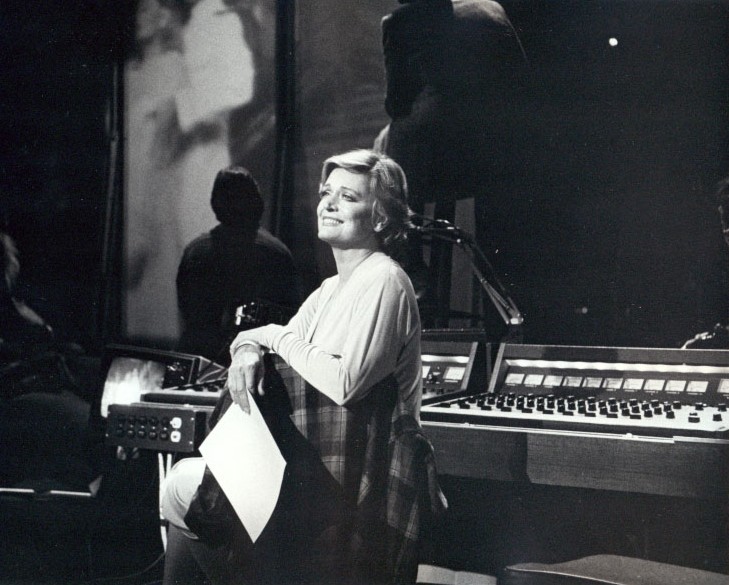 Publicity photo for the original Broadway production of Platinum (1978)
An infrequently recurring role on Dallas aside, Smith was low-key for much of the 1980's. She made a surprise return to the big screen in The Age of Innocence (1993), before her death at age 72 from brain cancer. Despite Hollywood's shortsightedness, and her too-brief run as a Broadway baby, Alexis Smith remains a favorite here for her grace and style -- and for being an enduring reminder that third acts can, indeed, stop the show. 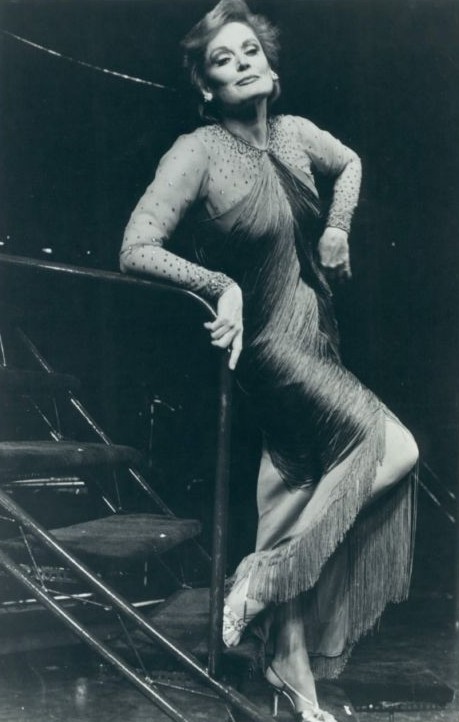