The Cat's Out Of The Bag 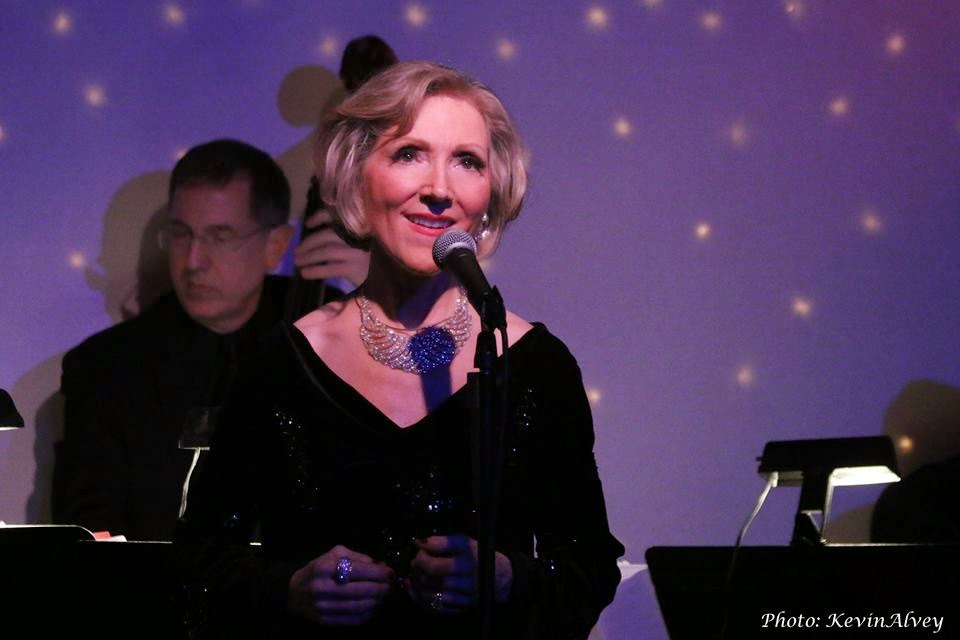 Exuding likability, the Ohio-based songstress is an attractive lady with an attractive voice, performing an attractively presented show (her New York debut) at Don't Tell Mama, entitled "Stars, Songs, and Stories." Gorman is benefitted considerably by her crackerjack quartet, led by Barry Levitt, and including Jack Cavari on guitar, Tom Hubbard on bass, and Daniel Glass on drums.

The latter two gentlemen are frequent players at the marvelous Marilyn Maye's New York gigs, and that legendary lady's influence permeates Gorman's entire show: La Maye is the director, and her inimitable stamp is evident throughout, especially in the cleverly conceived medleys (a Maye trademark) and the sunny, positive theme -- no moody, gloomy cabaret act, this.


That positivity served Gorman's soprano well, in a well-paced program which opened with one of our favorite compositions, "So Many Stars" by Sergio Mendes and the Bergmans, and highlighted by a My Fair Lady medley and a particularly lovely combination of "My White Knight" and "Till There Was You" from The Music Man (which also featured strikingly good guitar work by Mr. Cavari).

Another superbly crafted medley was one which combined "talk" songs: Bobby Troup's "Girl Talk," Meredith Wilson's "Pick a Little, Talk a Little," Rodgers and Hammerstein's "Happy Talk" -- geddit??? Of all of the medleys, this is the one which most bore the unmistakable mark of Maye -- it suits her style to a tee, and although Gorman is a completely different kind of performer, she nicely captured the requisite lightness and sense of fun. On the flip side of that coin, the only real misstep of the evening was a medley of Jerry Herman's "Before the Parade Passes By" and "Ribbons Down My Back" from Hello, Dolly. This beautiful arrangement has long been an emotional highlight of Marilyn Maye's own shows, but Gorman seemed to lack the gravitas to make it completely work.

A particularly pleasant and unexpected surprise, however, was the most contemporary number in the act, "Santa Fe" from the recent musical, Newsies. Truth be told, we disliked the show and most of the music when we saw it on Broadway, but Gorman imbued the song with such genuine longing and emotion, it was truly moving.

Reaching back into the vintage Broadway bag, Gorman closed her Gotham debut on a figurative and literal high note with another thoughtfully considered medley, this time from Frank Loesser's Guys and Dolls, including an excellent "I'll Know" and ending with a soaring "I've Never Been in Love Before."

Above all, Marilyn Maye's smooth direction ensured that the show was extraordinarily well paced, and its set list remarkably well considered, with a subtle but significant thematic story arc of achieving one's dreams. It will be interesting to watch Cat Gorman as she fulfills hers, and continues to shape her sound and style as a cabaret artist. She certainly could ask for no better mentor.

We liked her, we really liked her. 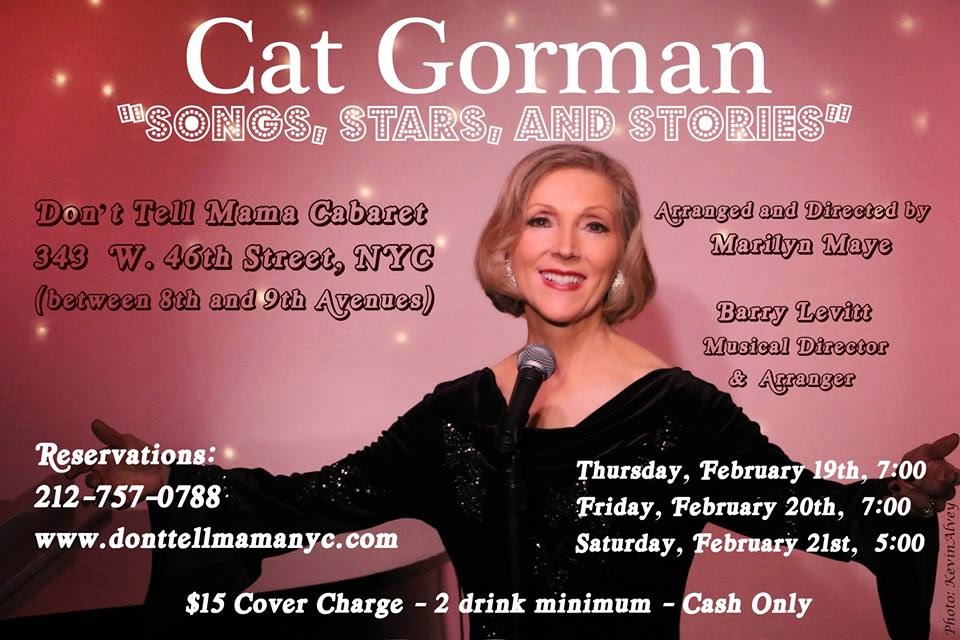